The future of farming 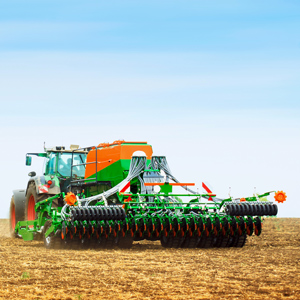 The challenge of how we’ll feed the exploding world population in the future – in a sustainable, cost-effective and environmentally friendly way – is seeding an agricultural revolution. Welcome to farming of the future : a hi-tech, capital-intensive system of growing food sustainably and cleanly for the masses.

Here are the facts. Each second, the world’s population grows by nearly three more people, that is 240 000 people a day. By 2025, the global population will reach 8 billion people and 9.6 billion by 2050, according to the Food and Agriculture Organization (FAO). This means there will be an extra billion mouths to feed within the next decade. And in just one generation, there will be more people additionally on the planet than there were at the beginning of the 20th century. Sounds improbable? Well, guess again.

With many of the resources needed for sustainable food security already stretched, the challenges are huge. At the same time, climate change is already negatively impacting agricultural production globally and locally. Farms must increase production of food while preserving the environment, but they can’t do it alone and they can’t do it using today’s traditional farming practices.

Subsistence farming in poorer countries is still a labour-intensive, low-reward industry, at the mercy of unexpected environmental changes, economic downturns and many other risk factors. And while mechanized agriculture in the developed world has considerably increased output per unit of land, more is required to sustainably meet the food demands of tomorrow. Happily, though, the Internet of Things (IoT) – essentially the art of connecting and integrating objects, people, information and systems for intelligent production and services – is now set to push the future of farming to the next level.

ISOfocus asked industry experts for their perspectives on these issues and what needs to be done to meet the ever-growing food demands in a sustainable way – and how ISO standards can help.

Tom Heilandt, Secretary of the CODEX ­Alimentarius Commission – responsible for setting international food safety and quality standards and one of two standards-setting bodies under the aegis of FAO – sums it up in a nutshell : “Agriculture exists first to feed people and has done so for thousands of years, and it will have to continue doing the same for hopefully many more.” Not surprisingly, he claims the biggest challenge is always going to be producing safe, good-­quality, nutritious and affordable food for a growing population.

The agriculture sector needs to be primed to feed the world, Heilandt says. “For me, the most striking and important crisis is the missing common understanding that the agricultural and food sector is not a business like any other and that we need a long-term vision for agriculture.”

While the industry is more pressed than ever to meet the increasing demand for food, environmental concerns now bring a whole new set of challenges that make the task even more daunting. Climate risks to cropping, livestock and fisheries are expected to soar in coming decades, particularly in low-income countries where adaptive capacity is weaker. A solution proposed by FAO is for the agriculture industry to become “climate smart”.

Climate-smart agriculture, as defined and presented by FAO at the Hague Conference on Agriculture, Food Security and Climate Change in 2010, is an approach to developing the technical, policy and investment conditions to achieve sustainable agricultural development for food security under climate change.

With increasing pressure to expand production and protect our environment, high-tech farming technologies could play a crucial role, Heilandt says. Furthermore, he adds, “standards are essential in any production system including agriculture. Without using standards and best practices, there can be no progress and creativity.” 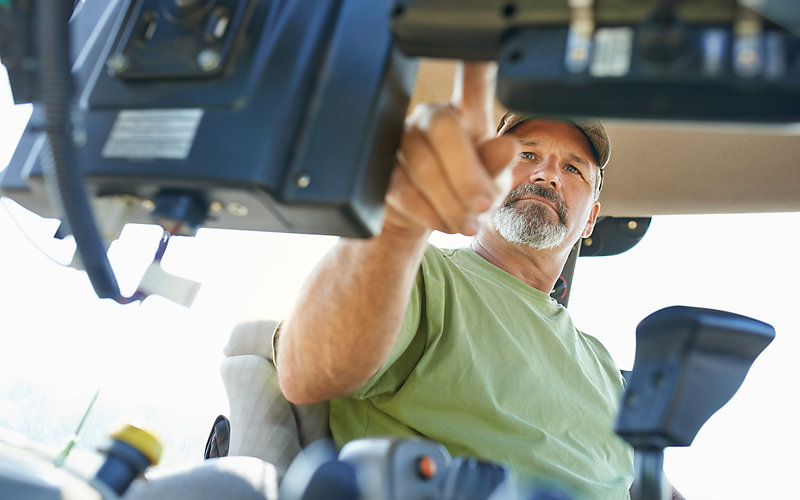 Of course, any conversation on smart farming has to include the manufacturers. And many companies around the world have stepped up their efforts to speed up IoT use in agriculture. AGCO, a worldwide manufacturer and distributor of agricultural equipment and infrastructure, is one such company.

A few years ago, AGCO unveiled a new global strategy to deal with every aspect of precision farming technology, an approach to farm management that uses information technology (IT) to ensure the crops and soil receive exactly what they need for optimum health and productivity. The new agri-tech strategy, dubbed Fuse Technologies, integrates telematics, data management systems and auto-guidance solutions that, together, have the potential to make farming much more productive and profitable.

Farmers have already begun employing some high-tech farming techniques and technologies in order to improve the efficiency of their day-to-day work. Schmitz highlights how smart farm technologies can decrease the fuel consumption per hectare, reduce overlap, resulting in less input usage of fertilizer or crop protection products, and allow farmers to invest their inputs where they provide the biggest impact. But where do standards fit into the mix?

“We, as AGCO, are fully committed to International Standards,” says Schmitz, referring to the importance of standards to AGCO’s overall company strategy. That’s why AGCO participates in the development of ISO standards and uses them in its own technologies. “The ISOBUS standard (ISO 11783) allows our customers to connect devices of different equipment manufacturers to ‘talk’ to each other,” explains Schmitz speaking of the data transfer between tractors.

A recent report entitled “Towards Smart Farming : Agriculture Embracing the IoT Vision”, by technology market consultancy Beecham Research, has suggested that IoT technology will have a crucial role to play in helping to meet the food demands of a growing global population. The report focuses on the opportunities provided by precision farming and the importance of developing “smart” connectivity to enable it.

The big benefit, says Hermann Buitkamp, Secretary of ISO technical committee ISO/TC 23, Tractors and machinery for agriculture and forestry, subcommittee SC 19, Agricultural electronics, will be the various interesting aspects that IoT can bring about in agriculture. 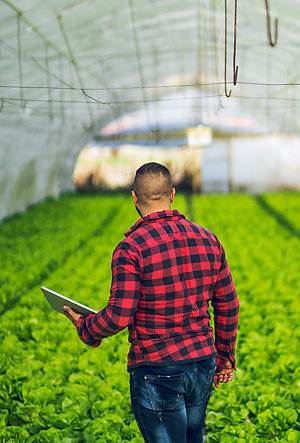 For example, sensors placed in fields allow farmers to obtain detailed maps of both the topography and resources in the area, as well as variables such as acidity and temperature of the soil. They can also access climate forecasts to predict weather patterns in the coming days and weeks.
“IoT will play a very important role for future farming and will enable farmers to be much more precise, with centimetre-level accuracies,” says Buitkamp. “Thus, the old scattergun approach is definitely a thing of the past.” The benefits resulting from this are tremendous – both in an economic and ecological sense.

As we dream about all the exciting possibilities that IoT will bring to agriculture, our curiosity is piqued as to where standards for the technology can possibly fit into the equation? Well, there is an immense complexity that comes with bringing together a bunch of different types of technology. According to Buitkamp, that complexity remains one of the main stumbling blocks of technology adoption, but not one that can’t be overcome. “There are technical issues we have to fulfil along the path to success,” he explains. “We have to improve the wireless in-field communication, functional safety and repair and maintenance information in order to realize unified interfaces.”

The breadth and complexity of modern farm technologies can be a minefield, but it can be even more difficult to sort through effectively when related to IoT. Dr François Coallier, who has been involved in IT standardization for a number of years, is now leading the group of experts responsible for IoT within ISO/IEC JTC 1, the technical committee on information technology that ISO leads jointly with the International Electrotechnical Commission.

For him, it all boils down to managing complexities and increasing efficiencies. “Agriculture is, in many countries, already complex, especially if we include the supply chain. For instance, it is well known that half the world would starve if all international shipping came to a halt,” he says. This is where ISO/IEC JTC 1’s subcommittee SC 41 on IoT and related technologies comes into play.

While the new subcommittee has just been created, its group of experts can draw on the substantive work of two existing working groups that have paved the way for standards in this field. Coallier predicts that IoT, big data and other technologies that are sometime referred to as “smart ICT” are soon going to be in high demand. “Agriculture is a very important endeavour in our society,” he says. Thus the importance of IoT contributions in this sector.

One of the projects of SC 41 will give rise in the short term to a standard IoT reference framework. This framework will, among other things, encourage openness and transparency in the development of IoT system architectures and in their implementation. It will also provide a technology-neutral reference point to define further standards in IoT.

No doubt the development of International Standards in this maze of complexities will facilitate interoperability and systems integration, giving companies the ability to leverage this technology more efficiently and integrate it in many application areas such as agriculture. For Coallier, the subcommittee’s work will be crucial. “In the long term, as a systems committee, SC 41 should be one of the key players in enabling the elaboration of the IoT standards required by this technology to reach its full market and application potential,” he says.

Producing good-quality, nutritious and affordable food in a world of 7.5 billion people is always going to be a huge challenge. And in a world of limited resources, a new hi-tech era will need to be ushered in where automation and data can help farmers address the many challenges of the future.

So what will farming look like in 40 years? Linking so many technologies means that waste will be limited, productivity will be maximized and the environment will be affected as little as possible. Yet one thing is clear, success will demand an enduring focus on driving standards development to ensure that the strides we are making with technology will continue to deliver the productivity and environmental benefits we would like to see over the next couple of decades.

The advances of the mid to late 20th century that so dramatically changed the field of agriculture are beginning to wane. “With the limit of the Green Revolution being reached,” says Coallier, “we need to find ways to feed our growing world population in a sustainable way. One approach is to be more efficient in the use of resources (including people) in producing food, and also eliminate waste in the supply chain. Thus the interest in IoT.” Make no mistake, the future of farming is smart and it will feed tomorrow’s world.