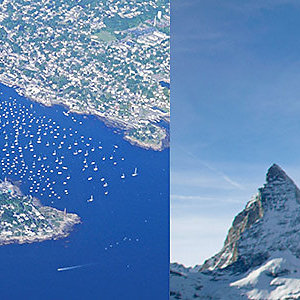 For years, drones have been left in limbo, with no standards in existence to guide the industry or its exponential growth. Now, finally, drone innovation is being taken to new heights. To understand what this means, we reached out to several people across the industry. Here’s what they had to say.

At a time when drones have become a regular feature in the news and are about to proliferate our airspace, it’s a good idea to take a step back and examine some very basic and important questions: What, exactly, is a drone, and how will it be affecting our daily lives?

The answer turns out to be more complex than expected. Strictly speaking, a drone is an unmanned aircraft that can fly autonomously – that is without human control.

Drones – also referred to as unmanned aerial systems (UAS) – can range greatly in size, capabilities and cost. And the world market for this technology has grown by leaps and bounds in recent years. The number of development centres and manufacturers of UASs is increasing by 3 % to 7 % annually. Global spending on research and procurement for UASs already exceeds billions of (US) dollars, too. With such investment taking place, it’s clear the world is taking notice and focusing more on this industry, and all its related elements. This includes the aircraft, the control station and the communication link, not just the vehicle itself.

I had the opportunity to discuss the topic with several industry players, including the Swiss drone producer senseFly, to learn how contemporary unmanned aircraft are used, the challenges for maximizing the technology’s efficiency, and the future trends facing both standards development and the industry itself.

The word “drone” can conjure up a host of different emotions and, mainly to the uninitiated, a somewhat unwarranted sense of fear. Most of us have seen pictures in the media of military drones used to spy and inflict damage on targets and humans. But drones are much more than just tools for military use and are often undeserving of the perception they might have. This evolution will come as people develop a better understanding of the many positive contributions drone use can offer on the commercial side and for the public good.

Take, for instance, the technology behind senseFly’s products. In 2001, a team of robotic researchers at the École Polytechnique Fédérale de Lausanne (EPFL), in Switzerland, began investigating the control and navigation strategies of flying insects. This pioneering research led to the development of a highly integrated autopilot system, which employs smart control strategies similar to those found in flies and bees.

The company senseFly was subsequently founded in late 2009, launching its first commercial product – the swinglet CAM – shortly afterwards. In 2012, senseFly joined the Parrot Group and continues to pioneer the field of mini-drones for mapping and GIS (geographic information systems) applications. senseFly drones, for example, are used by professionals working in a wide range of industries – not only land surveying and GIS, but also for agriculture, humanitarian aid, conservation, forestry, scientific research and more.

“In short,” says Jean-Christophe Zufferey, CEO and co-founder of senseFly, “what our solutions offer is the ability for our customers to improve their productivity, to enhance their professional lives – whether that means reducing a surveyor’s risk on a mine site, providing an NGO with better, more actionable data, or enabling those who grow our food to better meet the world’s soaring demand”.

Agriculture is perhaps the emerging market with the most exciting potential. Drones enable farmers, agriculture co-ops and service providers such as crop consultants to create so-called “reflectance maps” of crops. These maps allow staff to gauge which areas of a field contain crops that are struggling, for example due to disease or lack of water, which in turn can help optimize treatments and boost yields.

Standardization clearly is an important issue of our time.

For senseFly, aerial imaging drones like the eBee Ag are promising huge yields – no pun intended. The eBee Ag is a mini mapping drone that can collect aerial photography of up to 2 470 ac (1 000 ha) in a single automated flight. These images are transformed into high-resolution orthomosaics (2D maps) by the drone’s image processing software before special algorithms are applied, such as the so-called normalized difference vegetation index, to create the final reflectance map a professional will use to identify the sections of crop in need of treatment or closer examination.

“Our senseFly UAVs have fast become essential tools. They are deployed quickly and allow us to survey entire sites in a short space of time – from wind farms to dams, historic sites, and music festivals,” says Mark Entwistle, Managing Director of KaarbonTech, a UK-based drone operator. “With our drones we can produce crystal clear orthomosaics and accurate elevation models more cost-effectively than traditional aerial surveying, and more quickly than using terrestrial surveying methods.”

Rules and regulations… or lack thereof

Although such applications demonstrate the value and promise of drone technology, there are growing concerns about the uncontrolled use of UASs in urban areas, near airports and places where they can be seen more as a disruptive force.

Are regulations consistent around the world? In a word, no. At present, the rules concerning commercial UAS use vary widely from one country to the next. In some countries, such as France, Switzerland, Canada and the UK, clearly defined regulations are already in place. These typically stipulate things such as line-of-sight operation, non-urban use, UAS weight limits, and often a flight altitude ceiling.

Where rules exist, most countries do not permit flying systems over crowds or heavily populated areas anyway. But at the same time, activity that acquires highly accurate geographic data, allowing professionals to make better decisions, is permitted. This new approach of using drones to collect accurate geo-data is increasingly replacing time-consuming and sometimes dangerous ground-based methods of working. Otherwise, it is “filling the gap” between these terrestrial surveying methods and larger-coverage aerial imaging approaches such as using manned aircraft or satellite imagery, which can be expensive, are susceptible to cloud cover and, in the case of satellites, often deliver lower-resolution images.

In other countries, drone-specific regulations have yet to be created, and because of that some governments have blocked UAS use completely in the meantime, while others have made no firm rulings either way. However, as the market grows and changes at record speed, and society and government’s understanding of drones and their potential benefits increases, so these different regulatory situations will keep evolving rapidly.

According to Cortney Robinson, Director of Civil Aviation Infrastructure at the Aerospace Industries Association in the USA and new Secretary of ISO/TC 20/SC 16, Aircraft and space vehicles – Unmanned aircraft systems, developing and implementing appropriate policies and infrastructure appears to be the most challenging aspect of this technology. “For UASs, the optimal infrastructure is digital, satellite-based communication, navigation and surveillance. The International Civil Aviation Organization and leading air navigation service providers, including the FAA (Federal Aviation Administration) in the USA, are influencing international standard development towards UAS transformation by investing in infrastructure like NextGen that will allow for efficient airspace access for all users while maintaining safety.”

The number of development centres and manufacturers of UASs is increasing by 3 % to 7 % annually.

So how exactly can standards help? UAS standardization clearly is an important issue of our time, due to the increasing market demand for civil unmanned aviation vehicles and the increasing variety of public and private uses.

The situation is complicated by the fact that many types of unmanned aerial vehicles exist and are used for such purposes, comprising most height ranges and differing widely in mass-dimensional types. As there are no uniform design standards, rules and regulations in the areas of communication protocols, navigation and control, and the joint presence in the same airspace of manned, unmanned and remotely piloted aircraft, this results in significant complications for operating in the air traffic around airports and residential areas. This also raises questions related to security and compatibility. Because of the low level of existing standardization, the complexities of creating sophisticated unmanned systems present a significant challenge.

Cortney believes, however, that the window of opportunity is wide open – from a technical point of view. This, in turn, will be of benefit to the regulations that are still lacking. And if current trends continue, this complexity will only increase in the course of time.

“International Standards are critical in creating the global commercial market that many publicize widely. It is vital that these standards bring about a globally harmonized airspace for routine UAS access that will increase the commercial market while maintaining safety and increasing airspace efficiency,” says Cortney

Industry stakeholders and companies such as senseFly have a big role to play in defining appropriate standards, guidelines and implementation protocols, which will improve the integration of UAS data into the precision agriculture workflow and many other areas. The invaluable market feedback that standards provide will also help senseFly, other UAS manufacturers, and companies in the supply chain to further optimize the technology in line with evolving industry needs – a case of standards breeding further innovation.

To summarize, both Jean-Christophe and Cortney agree that the complexity of UASs and the challenges involved require further analysis. “ISO’s creation of a dedicated subcommittee on UASs is a valuable step forwards,” explains Jean-Christophe. “It should help increase understanding and appreciation of commercial drone technology. This improved societal knowledge can only have a beneficial effect in terms of future regulations.”

So where do we go from here? To start, it’s important to recognize the enormous potential with respect to autonomous flight and the continuing positive impact drone technology can have on our world. This impact looks set only to grow, as more and more professionals come to realize the benefits drones can bring, and governments continue to put in place pragmatic regulations that integrate these aircraft safely into national airspaces.

In terms of next steps for standardization, we must also keep in mind that there are priorities. “We should take a risk-based approach and balance the most beneficial missions with the operational risk,” says Cortney. “That’s the surest route to building a strong safety case for this new technology. In the USA, the movie and film industry has developed solid arguments for how UAS operations present increased safety over using helicopters on set. Of course, flight over people is higher risk, but the FAA’s decision to ease restrictions for operations in the Arctic is a good start.”

Standards for detect & avoid and command & control are two critical areas of development. Detect & avoid enables the pilot to maintain safe separation between the UAS and other aircraft and is key to moving from remotely piloted aircraft to those fully autonomous. Command & control addresses using radio-frequency spectrum to ensure safe flight. There has been progress in this area and an effort is underway to obtain from the International Telecommunication Union frequency allocations for beyond-line-of-sight operations using the fixed satellite service.

Whatever approach is taken to build International Standards in harmony with national regulations, unleashing the potential of UASs is sure to be one of the more hotly contested topics in the technology and aviation sectors for the foreseeable future. But time is everything and efforts to encourage innovation while promoting safety and security should eventually win people’s acceptance, keeping drones in the air for the long haul.