Flying into an uncertain future 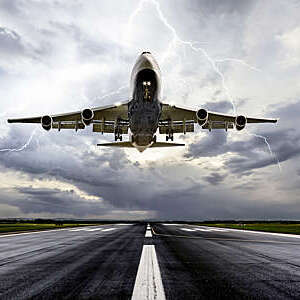 As the COVID-19 pandemic continues to take its toll on lives and economies around the world, there is no doubt that it has had a severe impact on the aviation industry. Séverin Drogoul, an expert with over 35 years’ experience in the industry, looks at the challenges and explains how the sector can avail of opportunities for a sustainable recovery.

Aviation and the airline industry have had a turbulent history, facing major blows, such as the aftermath of 9/11, the SARS pandemic 2002-2004, the disruption to air travel caused by the Eyjafjallajökull volcano in Iceland in 2010, among others. But the shock to the industry caused by the COVID-19 pandemic is of another magnitude altogether – “unprecedented” is the word we see and hear time after time.

As the virus spread around the world and countries went into lockdown, airlines were grounded and air travel practically ground to a halt. According to the International Air Transport Association (IATA), airlines are expected to lose a record USD 84 billion in 2020, more than three times the loss made during the global financial crisis.

Airline stocks have moved into the red, some companies have gone to the wall – for example, Flybe in the UK in March, Virgin Australia in April – and national airlines are suffering. The International Airlines Group, for instance, which owns British Airways, reported a second-quarter loss of more than two billion British pounds after its passenger business collapsed.

Given the downturn in air travel, economic recession and ongoing health fears, it is difficult to see how the industry can respond to the challenges and make a sustainable recovery. Séverin Drogoul, French representative for technical committee ISO/TC 20, Aircraft and space vehicles, and President of SD Consulting – Aerospace Advisory, has over 35 years’ experience in the aerospace sector. As countries continue to wrestle with the virus, ISOfocus asked him how the industry is dealing with the fallout of the pandemic, finding solutions to the challenges, and how it can find opportunities in disruption.

How do you think the aerospace and aircraft industry in general has coped with the challenge of COVID-19?

We need to recognize and understand that the reactions and response are largely based on whether you are an airline company, a leading aircraft industry such as Airbus and Boeing, an industry-related specific supplier or a services provider like airports or civil air traffic control. All those actors have been deeply affected.

How they have coped also depends on the type of industry. The situation for civil aircraft, for instance, has been worse compared with helicopters and military aircraft, which have been less impacted by countries closing their borders or the downturn in the tourism industry. Likewise, air cargo traffic. Air cargo flights have continued to operate, ensuring that critical supplies are distributed across the world, reinforcing the importance of maintaining continuity in air traffic services despite the decline in passenger traffic.

As well as this, the industry reaction also strongly depended on regional and country-specific responses to COVID-19 as the virus ebbed and flowed around the world. The burden on the aerospace sector was not helped by the unilateral decision of some countries to close their borders, which also closed avenues to a more common approach. Specifically, in Europe, each civil aircraft industry has been supported by its respective country to get through the difficulties of 2020. However, that will probably not be enough for the next two years.

How challenging have the quarantine measures been on the industry? What strategies, if any, can help improve the situation moving forward?

Quarantine measures are a huge impediment to a recovery in air traffic. An IATA passenger survey has indicated that between 75 % and 85 % of people in France, Germany and the UK will not travel if a quarantine is in place. It is estimated that airports in Europe will receive seven hundred million fewer passengers in 2020, 28 % less than was expected earlier. Airlines and airport-managing companies have been forced to seek bailout packages from government. In Europe, for instance, airport-managing companies are expected to incur a loss of USD 15.4 billion due to the pandemic.

Therefore, governments looking to reopen their economies need an alternative, risk-based solution. The answer is a strategy that combines coordinated, internationally consistent health measures for air travel with effective national plans for managing COVID-19. It is essential that governments coordinate to restart air connectivity consistently and in line with international best practice.

The most optimistic view is that the civil aircraft sector is expected to make a 100 % recovery around mid-2023; others believe not before mid-2025. During this period, some airline companies will disappear and a lot of personnel will lose their jobs. The need for continued financial and regulatory aid is clear.

Many European governments, for instance, have recognized the strategic importance of their aviation industries and provided support. Much of the financial aid has been in the form of loans, which are adding to the airlines’ debt burden and will hinder their ability to invest in new services, cleaner aircraft and expanded employment.

What will be the long-term impact of the pandemic on the global aviation industry?

We need to look at the different kinds of short- or mid-term impacts on passenger airlines, cargo airlines, aircraft manufacturing companies, airport-managing companies, and catering and other service providers, and their effects on, firstly, aircraft traffic and, secondly, on the number of aircraft orders coming from the airline companies, due probably to some reorganization of the airlines.

Industry and stakeholders will adapt their scope and perimeter depending on the complete recovery from these impacts. As mentioned before, it will take a minimum of two to three years to get back to the situation at the beginning of 2020. In the longer term, say the next 15 to 20 years, the analysis becomes more complex.

Before the pandemic, the number of aircraft, as well as worldwide aircraft traffic, was set to double over the next 15&nbspyears. Now, the key question is: “Are we able to maintain for the next 15 to 20 years previous objectives as planned before COVID-19?” To answer this, we also need to ask: Are people likely to continue to want to travel as they did before the crisis? What is the real impact of air traffic on climate change? Are we able to evolve the aircraft industry with a new paradigm using unknown disruptive technologies (i.e. electrical aircraft or hydrogen propulsion)? 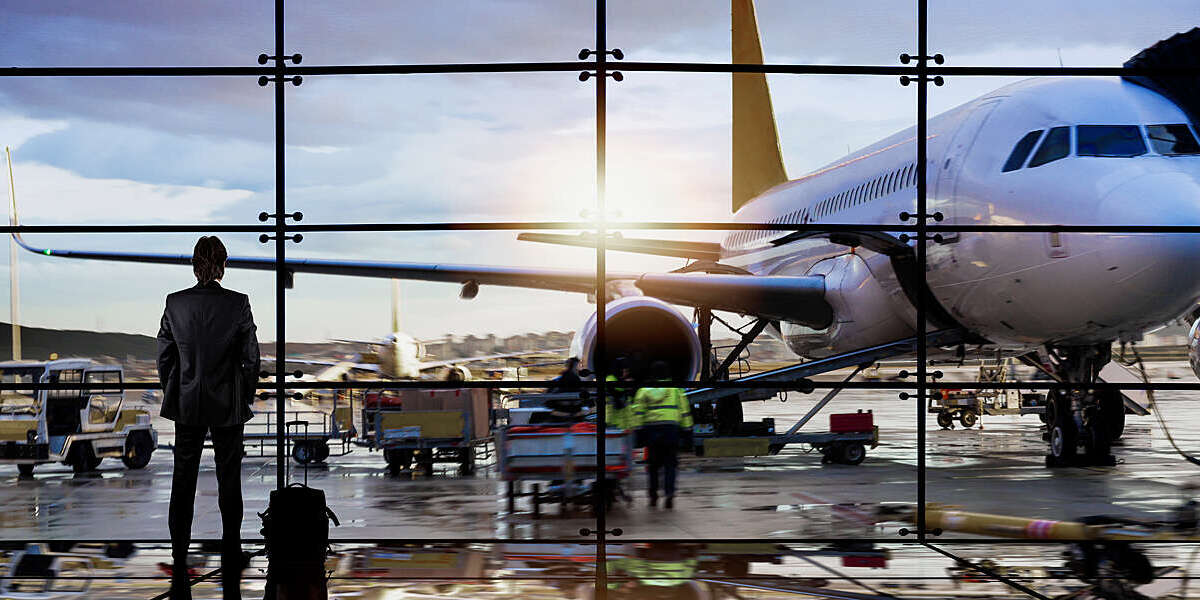 What do you think the “new normal” will look like for the industry and where are the opportunities?

I believe the “new normal” will probably not be so far from the situation before COVID-19, despite the current pessimistic views from the aircraft industry. As soon as a safe and effective vaccine has been developed, and even if the mutation of the virus occurs, we will return to a pre-pandemic situation in terms of market. Passenger airlines, cargo airlines, aircraft manufacturing companies, airport-managing companies, and catering and other service providers will probably need some years to recover – but they will do it.

Already, some airline companies have decided to scale back their operations, which includes cutting flights and removing less economical aircraft. The civil aircraft industry will have the opportunity to transform itself – to become more eco-efficient, with sustainable air traffic. Some European governments are ready to support efforts to develop new potential disruptive technologies, specifically by financing research and technology activities. For instance, the French government will finance the aircraft industry to the tune of EUR 4 billion to EUR 5 billion in that field. Another opportunity is to reduce CO2 emissions by developing and operating more “green aircraft” and “green air transport systems”, including airports. The development of aircraft engines fuelled by hydrogen, for example, could become a reality by 2035.

The French Association for Hydrogen and Fuel Cells, which brings together 33 major groups in the sector, including key stakeholders within the aircraft industry, has asked the state to invest nearly EUR 10.3 billion between 2020 and 2030 in the development of this technology. The objective of the multi-year energy programme is to achieve 10 % carbon-free hydrogen in the industry by 2023, and from 20 % to 40 % in 2028. The end goal is to make Europe a leader in the sector between 2020 and 2030.

How will ISO standards help to meet the new needs?

The benefit of ISO standards here will be to support the new developments in research and in new disruptive technologies. Electric and hybrid-electric propulsion will rapidly be revolutionizing mobility technologies across industries, from automotive to marine. And the aviation industry is no exception. In major aircraft companies such as Boeing and Airbus, work on electric flight aims to lay the groundwork for future industry-wide adoption and regulatory acceptance of alternative-propulsion commercial aircraft and urban air vehicles.

Given these challenges, what steps will ISO/TC 20 take to maintain its significant presence in the aerospace industry?

It is probably too early to say now what steps ISO/TC 20 will have to take for the coming period. I believe the most important challenge for the technical committee will be its ability to evolve day to day depending on the new needs that will surely occur.

In that sense, it could be interesting to think about the creation of subcommittees dealing with the new aviation challenges related to climate change, eco-efficiency and sustainability to support our aviation industry.

This issue uncovers current trends in the transportation industry and outlines upcoming winning strategies that will lead the entire transport sphere in 2021. Discover the latest solutions here.

Read this issue
All issues

During the COVID-19 pandemic, air drones or unmanned aircraft systems have played vital roles, from delivering aid to monitoring social distancing. However, issues such as safety, security and the sharing of airspace have continued to delay their full commercial use.

As the world’s number one overland transport system, trains are routinely expected to deliver safety, efficiency and comfort for passengers and goods. Supporting the sector, ISO standards for railways will help to make rail travel the preferred choice for the future.

As the world gets more connected, so do our cars. But greater connectivity equates to more data that could get into the wrong hands. Cybersecurity in automotive engineering is an industry with the wind in its sails, but the battle is not yet won.