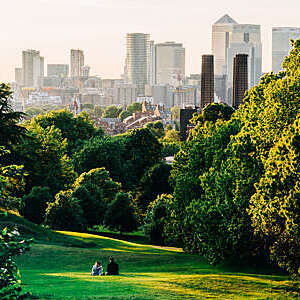 A game-changing moment for the environment could see a real acceleration in business and governments’ race to net zero. Launched today, the London Declaration is a push from ISO to transform the approach to climate action and advance international work to attain net-zero goals.

Following recent research that shows fewer than one in four of the world’s largest companies are on track to meet basic climate change targets, and Europe will miss its 2030 climate goal by 21 years, the Declaration promises to embed key climate considerations into every new standard that is created. It will also retrospectively add these requirements to all existing standards as they are revised, a change on an unparalleled scale.

The London Declaration, “ISO’s Climate Commitment”, was approved by ISO members, representing 165 countries from around the world. The historic commitment concluded ISO Week 2021, which took place as a three-day meeting hosted virtually by the British Standards Institution (BSI).

The Declaration reads: “ISO hereby commits to work with its members, stakeholders and partners to ensure that ISO International Standards and publications accelerate the successful achievement of the Paris Agreement, the United Nations Sustainable Development Goals and the United Nations Call for Action on Adaptation and Resilience.”

Dr Scott Steedman, Director-General, Standards at BSI and host of the event, said:

Consensus-based standards are in a unique position to enact positive climate action. The sheer scale that standards operate at and the vital role they play for government and industry alike means they can accelerate the achievement of the climate goals. The Declaration will help ensure that climate-friendly standards become the norm across all industries.

The ISO community has spoken. Together, we have made a historic declaration that reaffirms our commitment to climate action. As I took up my role as President, I came with a view that ISO standards can be a catalyst for development. Two years on, it has now become my deep-seated conviction. Let’s create a climate future that we, and all our future generations, want, need and deserve.

ISO has produced over a thousand standards, including those that support climate adaptation and mitigation that contribute directly to the United Nations Sustainable Development Goals on climate action. ISO is uniquely positioned to give guidance to all types of organizations, irrespective of their size, scope or location, on implementing, integrating and promoting environmentally responsible behaviour.

The London Declaration emphasizes International Standards’ important role in assisting communities, organizations and industries in the transition to cleaner, renewable energy sources. They can also help to preserve biodiversity at the same time as opening up markets for innovations that address global environmental challenges.

We are committed to do everything in our power to promote the awareness of the role that ISO standards can play in combatting climate change. We have made a significant commitment to enabling change and spreading hope, through the London Declaration. We ask the international community now to work together in upholding its intentions and spirit in putting International Standards at the heart of action on climate.

As well as promising that ISO will work with all members, stakeholders and partners to actively consider climate science in the development of new and revised standards and publications, the Declaration also stipulates that it will facilitate the involvement of civil society and those who are most vulnerable to the effects of climate change in the development of all international standards and publications.

At the ISO Week 2021, ISO also unveiled its “Climate Action Kit”, a package to support policy makers in their commitment to reducing net greenhouse gas emissions. The package presents case studies on how standards can support public policies and influence climate change initiatives. The Climate Action Kit will provide national examples of good collaboration between national standards bodies and government policy makers where standards and other initiatives, both national and international, have provided solutions to issues related to climate change.