Our fight for a living planet

ISO is harmonizing the world’s many metrics, indicators and standards for biodiversity, to give life on Earth a boost. 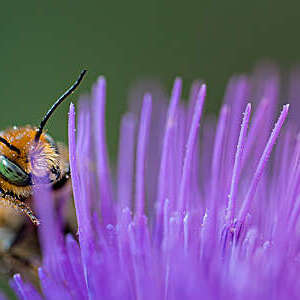 Two years ago, ISO convened a group of international experts to develop standards on biodiversity. According to Caroline Lhuillery from the French national standards body AFNOR and the manager for the group, “the desire is to turn the tables to create a healthier relationship between our economies and our ecosystems, a relationship that encourages the preservation of biodiversity while creating opportunities for sustainable development.”

While there has been a growing number of national and proprietary standards for biodiversity, these and scientific knowledge – as well as global needs – have now evolved to the point where international harmonization would be highly beneficial.

One of the many aims of the standards ISO is creating is to support the Convention on Biological Diversity (CBD), developed by the United Nations Environment Programme (UNEP) and intended to provide a foundation for protecting the diversity of life on Earth. Sadly, most news about biodiversity speaks of declines. Yet standards are already playing a part in protecting and enhancing biodiversity and ISO’s role in this field will grow rapidly.

Biodiversity embraces all life. Without it, there is no food, clean air, natural resources such as wood, nature-based flood defences and a viable climate. The CBD has three core objectives to help achieve this. These are the conservation of biological diversity, its sustainable use, and a fair, equitable sharing of the benefits of genetic resources.

Yet according to statistics, the CBD is needed now more than ever before: the Living Planet Report 2020 – Bending the Curve of Biodiversity Loss charts a decline in global biodiversity of more than two-thirds in less than half a century. The UK, for example, has lost about half of its biodiversity since the industrial revolution, with scientists warning that this risks an ecological cascade, or species meltdown.

The report, produced by the World Wildlife Fund and the Institute of Zoology in London, uses a dataset known as the Living Planet Index (LPI), which consists of thousands of species and tens of thousands of populations. The index enables users to monitor trends and patterns in the way that biodiversity changes over time.

The CBD has adopted the LPI, applying it as a measure of global trends in biodiversity for habitats on land and in water. Its strength is that it is a potentially universal metric to track progress. In fact, it has played a crucial role during 2011-2020 in setting targets to halt the decline in biodiversity and the CBD will apply the index for a framework that will set targets to reverse this decline, for the next decade.

What are we measuring?

Although there is global agreement on biodiversity losses, it doesn’t take long to find out that there are different stories about what and how much we are losing, saving or gaining. The reason behind this is the vast number and types of metrics and methods available for evaluating biodiversity.

For example, a team of researchers from Spain examined a variety of metrics for freshwater assessments and found a wide range of biodiversity metrics for assessing the ecological integrity of aquatic ecosystems. The team found, however, that “performance varies considerably among different types of metrics and provides different information regarding ecosystem conditions, thus making difficult the selection of appropriate metrics for biomonitoring”.

There are numerous other indices for assessing biodiversity in addition to the LPI. The International Institute for Sustainable Development, for example, describes 15 of them in a 2017 report on metrics for biodiversity, and more of these tools have emerged in the past five years. And yet national and regional standards have shown that the standardization approach can bring big benefits for tracking biodiversity and how we manage it.

At the beginning of this year, a group of researchers in France reported a success story for biodiversity and national standards from AFNOR were at the heart of it. The research team described how effective water resource management and reductions in pollution had enabled aquatic plants and animals to recover. The researchers used three national standards for the crucial monitoring and measuring during the investigation, in order to provide harmonized data that was fit for purpose.

Elsewhere in France, another team of researchers used a regional European standard that describes a harmonized, quality-assured methodology for biomonitoring, to examine the pollution resistance of lichens. Look further afield and there is plenty of evidence to show that this regional standard for assessing lichen biodiversity crops up worldwide.

AFNOR has also released a national standard on corporate approach for mainstreaming biodiversity. Without such standardized tools to assess biodiversity, there is no harmonized monitoring and management. The next step is international harmonization, as our scientific knowledge, indicators and methods are at a sufficient level of maturity.

From local to global

ISO’s group of experts for biodiversity is developing guidelines on specific biodiversity issues such as ecological engineering, nature-based solutions and relevant technologies. “Harmonization of practices will also be of great help in order to provide reliable and comparable information between countries and projects,” explains Lhuillery.

Organizations need a common understanding of what biodiversity is.

So why now? “To act, organizations need a common understanding of what biodiversity is, a demanding framework to take action, methods, tools to assess impacts, progress, and concrete examples,” adds Lhuillery. To ensure a standard is broadly applied by the private sector, its development must take on board a number of factors. It needs to be aligned with the latest tools and scientific findings, and take account of biodiversity considerations in the economy. Yet while it should appeal to the business world, it must also, most centrally, embrace the question of how local authorities can meet their biodiversity conservation targets. Finding the right balance will be a challenge.

Ultimately, International Standards for biodiversity will directly support the United Nations Sustainable Development Goals and the CBD. The UN Decade on Ecosystem Restoration aims to prevent, halt and reverse the degradation of ecosystems on every continent and in every ocean. With only nine years left to go, there has never been a more urgent need to revive damaged ecosystems than now. The time is ripe for global collaboration to accelerate the conservation of our Earth and make it a planet that we can continue to live on for years to come.